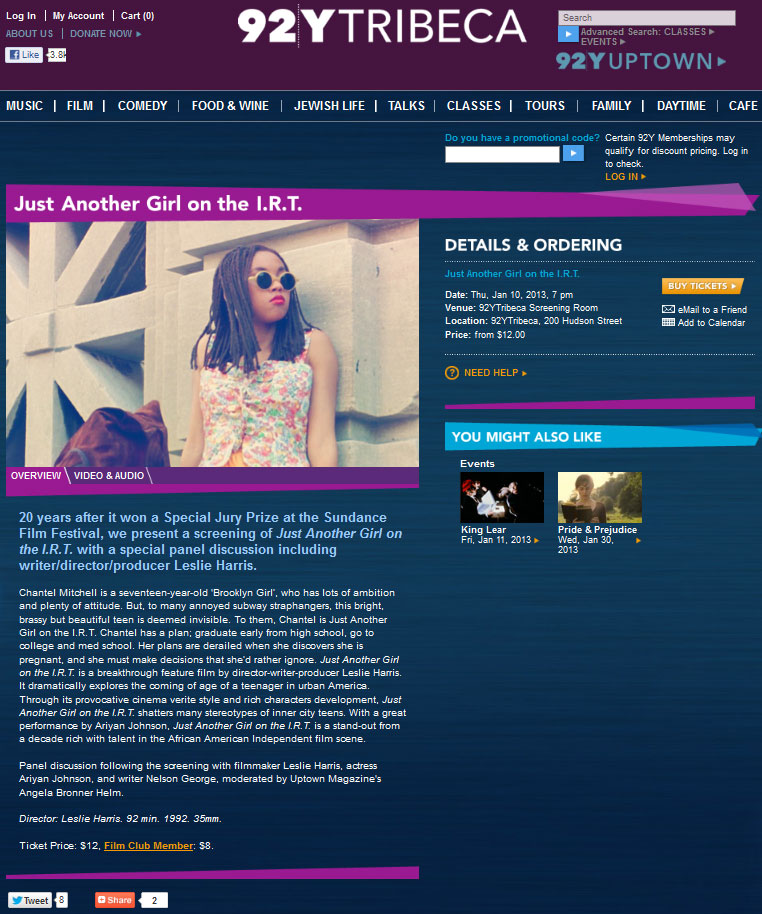 20 years after it won a Special Jury Prize at the Sundance Film Festival, we present a screening of Just Another Girl on the I.R.T. with a special panel discussion including writer/director/producer Leslie Harris.

Sorry, the comment form is closed at this time.