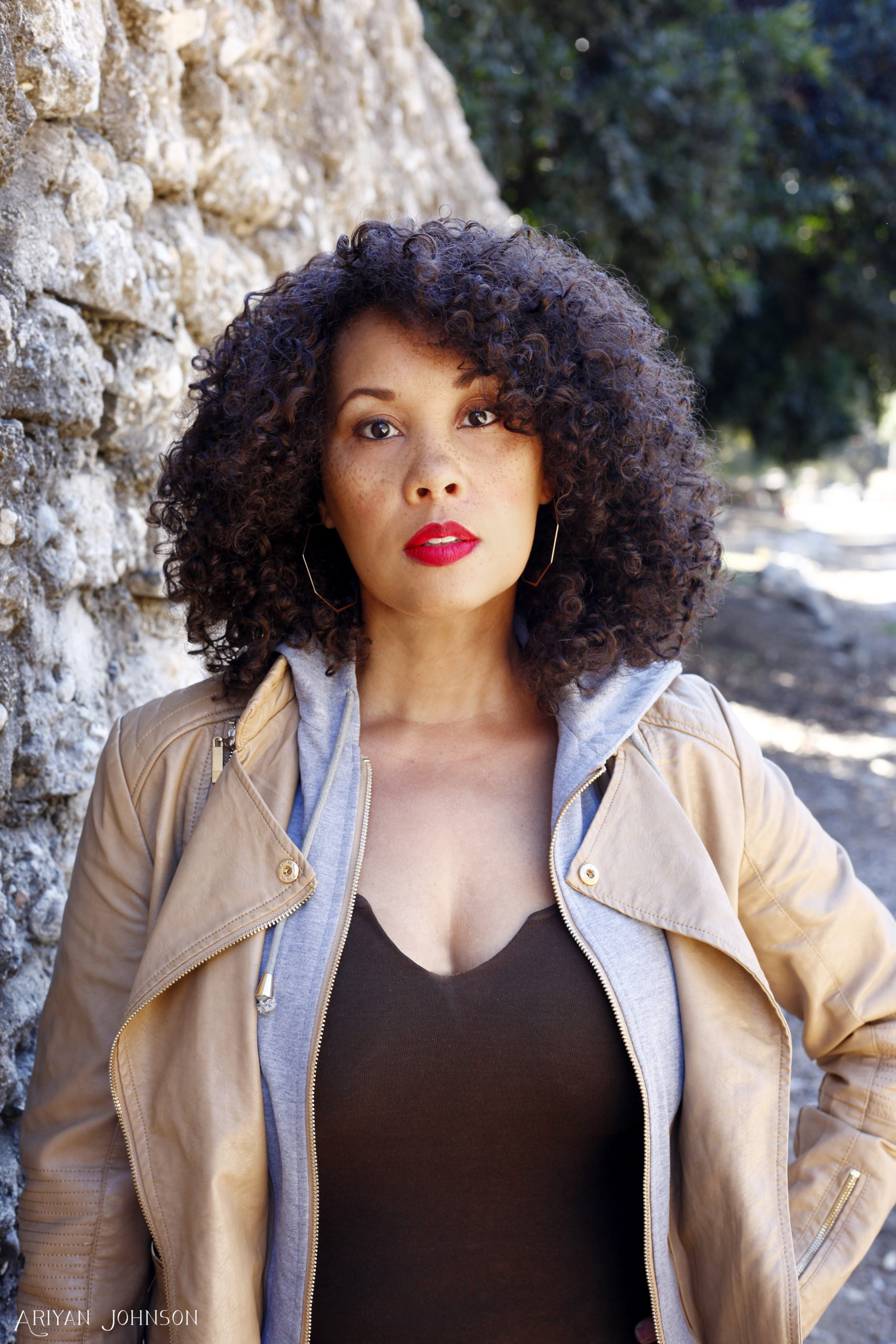 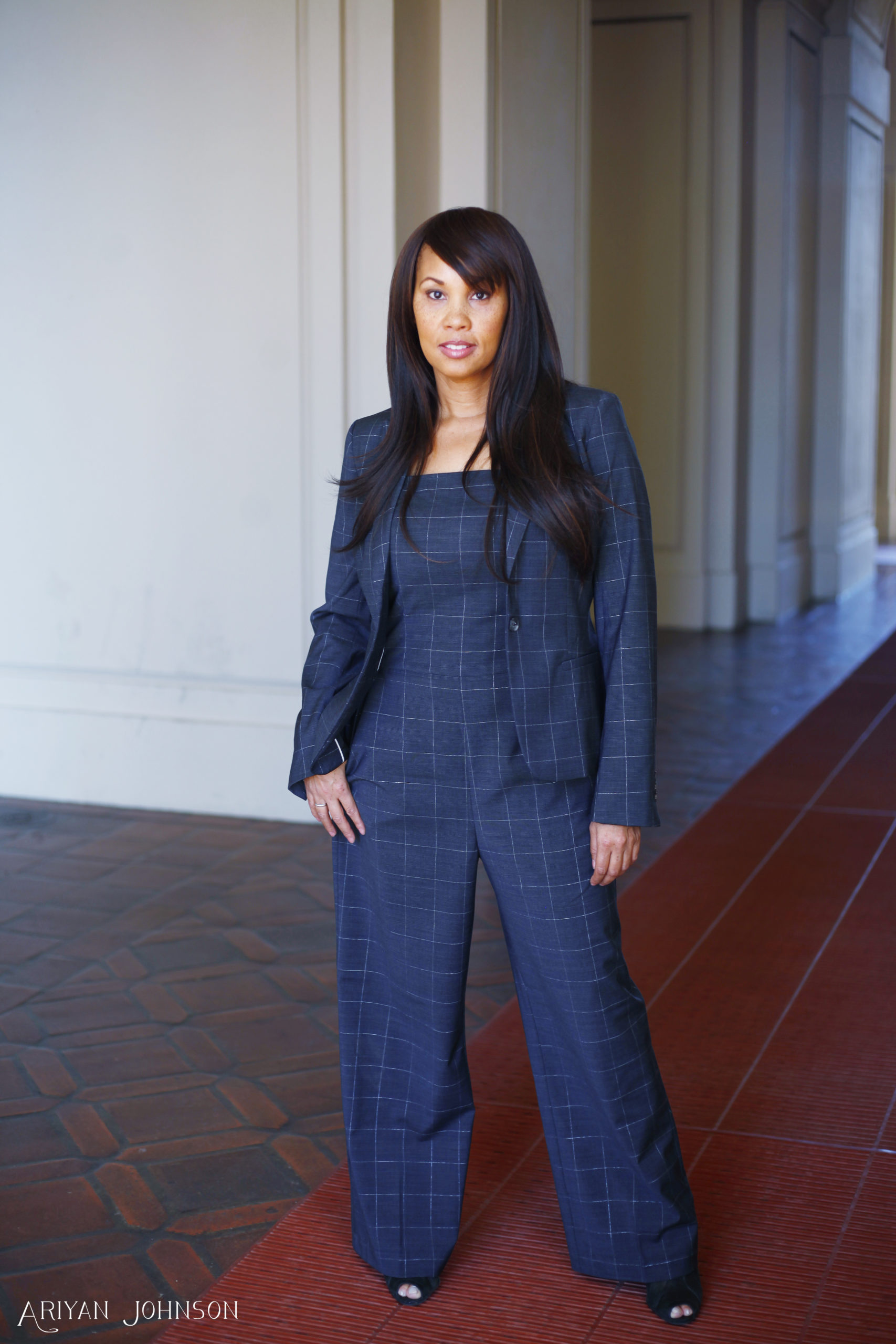 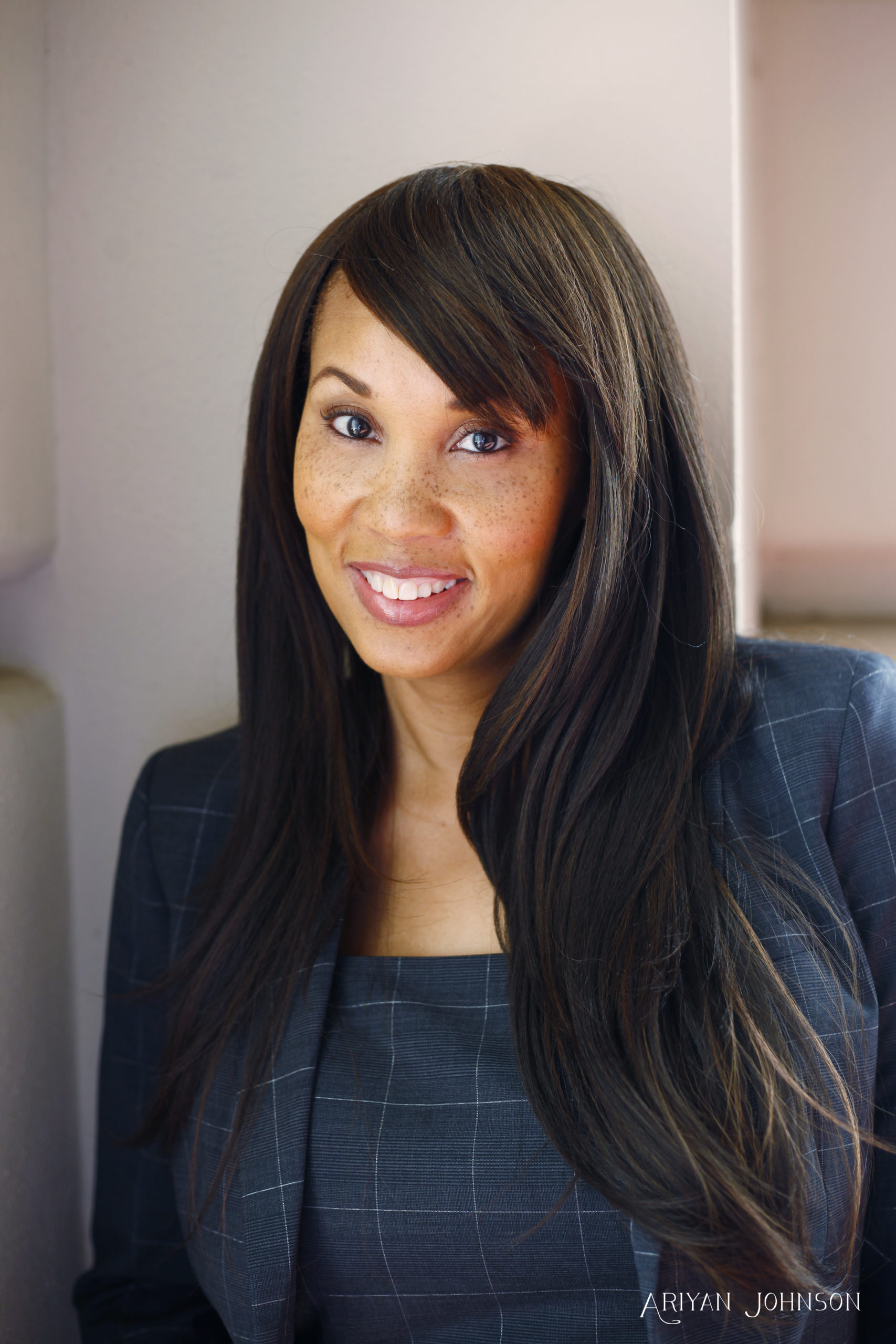 Ariyan Johnson, a native New Yorker, is a gifted professional with an extensive history and training in the arts. She grew up in a God-fearing creative household encouraged by her artistic parents. Her father, a painter, contemporary artist, and educator, and her mother, an actress, dancer, and educator, had their own children's theatrical dance company where Ariyan first trained and performed. Ariyan majored in dance and voice at Phillipa Schulyer School for the Gifted and Talented. She went on to the prestigious "Fame" high school, La Guardia High School for the Performing Arts, where she concentrated in dance with further studies in drama. Full dance scholarships soon followed at the Alvin Ailey American Dance Center, Martha Graham Contemporary Dance School, and 92nd St. Y Harkness Dance Center. She was awarded a merit scholarship in dance from Chautauqua Dance Conservatory School where she had the privilege to study with the late renowned Kevin Keenan.

Upon receiving honorable mention for choreography from the National Endowment for the Arts, Ariyan was inspired to found her own company-DIMABA (Degrees In Movement Arranged By Ariyan). Through the experience of birthing DIMABA, she learned the additional skills of creating show budgets, tour promotions, and hiring strategies while choreographing for Technotronic’s hip-house (fusion of house music and hip-hop) artist Ya Kid K with hits songs like “Pump Up The Jam.” Ariyan’s involvement of the evolution of hip-hop dance came during her high school hangouts while on scholarship at The Martha Graham Contemporary Dance School, she skipped one class to support Queen Latifah’s Dance For Me video. This was Ariyan’s first professional dance video experience where her fusion of modern dance and hip-hop became evident. Her concert dance inspirations like the late Ron Pratt, founding Artistic Director of Alpha Omega Theatrical Dance Company, added a contemporary jazz dance influence to Ariyan. Founding Artistic Director of Forces of Nature Dance Theatre, Abdel Salaam introduced African dance to Ariyan in a contemporary modern dance drama synthesis. However, it was hip-hop that broadened her creative horizons. It was during these transitions that God opened up a relatively new artistic concentration in the performing arts for Ariyan.

Ms. Johnson's first professional acting experience was starring in the Sundance Special Jury Prize Winning film - Just Another Girl on the I.R.T. This lead role earned her a Best Actress nomination from the Independent Film Project's Spirit Awards. This was one of the rare films with an African American female lead that was distributed by one of the top independent film studios. Ariyan went on to star in such films, plays, and television series as: Academy Award winner Warren Beatty's critically acclaimed feature film Bulworth with Halle Berry; Pearl Cleage's play Flyin' West alongside theater legend Michele Shay; The General’s Daughter with John Travolta; and a series regular on the Warner Brothers network The Steve Harvey Show. Other credits include: For the People; Strong Medicine; L.A. Docs; Law and Order; JAG; One Life To Live; and series regular on MTV’s You Wrote It, You Watch It. As an accomplished professional dancer, Ariyan has performed throughout the states and world in places including the Philippines, Australia, New Zealand, Canada, Jamaica, and Japan with dance companies and artists such as the late Eleo Pomare, Mariah Carey, Mary J. Blige, 2 in a Room, SWV, Keith Sweat, and LL. Cool J.

While hard at work as an artist, Ariyan received her B.A. in Speech Pathology and Audiology with sign language as her foreign language credit. These studies not only helped her as an actress with diction and dialects, but it also allowed her to share her artistic gifts with special needs individuals who would not necessarily be introduced first hand to the arts. New career opportunities blossomed for Ms. Johnson in the areas of voice over, poetry, and television hosting. As a voice over artist, she worked on the Warner Brothers network cartoon show Static Shock, for the Honda Civic radio campaigns, voiced popular ads for McDonald's and Nike, and as the voices for many commercials and films. She was fortunate to have legendary poet Reggie Gaines from the Broadway hit play Bring In Da Noise, Bring In Da Funk as a mentor for her poetic performance, which debuted at the Nuyorican and on stage at Lollapalooza in New York City. Additionally, she had the opportunity to record a poetry album with Patty Cake producing team- known for contributing to hit song “Say My Name” by platinum recording girl group Destiny’s Child. Hosting live shows like the benefit fashion show for skateboarder Ambassador Karl Watson’s foundation for youth, the summer time music festival Summerthyme Series, and B.E.T.'s special on Teen Pregnancy incorporated Ariyan's engaging sense of humor and passion for activism.

Ariyan became the founding Liturgical Dance Director of Mt. Lebanon Baptist Church in Brooklyn, New York where she served for over 12 years. There she acquired knowledge of the challenges of establishing a dance ministry, protocol of church politics, and the creative collaborations of choir and dance in worship services. Later, Ariyan held the position as Artistic Director of Faithful Dance Company at mega church Faithful Central Bible Church in Inglewood, California for 10 years. As a dance ministry pioneer, she was one of the first Liturgical Dance Directors known at the time to have a paid position on staff at a predominately African American church in the United States. Under her leadership, she renamed the ministry to Faithful Dance Company which became the fastest and one of the largest dance ministry companies in Southern California with members ranging in ages from 6 to 65. During her tenure, she was able to design and help acquire funds for the construction of the company’s first and only home base- a state of the art dance studio. She established various staff positions and staff developments including paid conferences, and worked closely with various companies like Skechers that donated clothing and shoes for the creation of the wardrobe department. In addition, she expanded the company with dance components for children, hip-hop teens, and seniors, as well as adding deaf and hard of hearing dancers to the adult company. She also secured many outreach educational artistic excursions, for example, sponsorship for the children’s company to New York where they took free dance classes and saw dance performances at Lincoln Center. They were also special guest of the Alvin Ailey American Dance Theatre where they watched a closed rehearsal for a premiering work. Ariyan choreographed the citywide Easter Service for 8 years which she initiated, that was favorably reviewed by the New York Times at the packed 18,000 seated legendary Great Western Forum in Los Angeles.

Ms. Johnson has presented workshops and consulted dance ministries at such churches as: Church Glorious in Chino California; Bridge Street Church in Brooklyn New York; Bible Enrichment Fellowship International Church in Inglewood California; and Bethlehem Missionary Baptist Church in Richmond California. Ariyan has also choreographed for and ministered at a host of ministry engagements for churches, missions, businesses, and gospel artists including: 2nd A.M.E in Los Angeles; the L.A. Mission; the Boeing Company; and Kirk Franklin. She has choreographed for such gospel shows as: Sunday Best, Time To Laugh, and B.E.T. Gospel Awards. She became a forerunner in the complexities of confronting spirituality with realism by becoming one of the first to write, direct, and choreograph a dance ministry driven play that fused with poetry, live song, hip-hop, dance, and drama to depict a life of self-examination. The original production of PURE GOLD starred old classmate Dwana Adiaha Smallwood, former Alvin Ailey Principal dancer who is recognized as one of the best modern dancers, played locally to standing room only audiences in the greater Los Angeles area. PURE GOLD is now in the planning phase of forging ahead with touring across the country at select cities. Ms. Johnson has also taught liturgical dance classes for the community and church workshops, in addition to teaching dance throughout the East Coast, West Coast, and Mid-West Metropolitan areas.

Ariyan’s first book, a step by step manual on Dance Ministry called NEW DANCE SKINS was over ten years in the making. Her book is a humbling, honest account of mistakes and insights she has experienced throughout her over 20 years in dance ministry. Simultaneously, she had been working hard on her clothing line that offer dance ministry garments and everyday apparel. Ms. Johnson’s G3:7 clothing line launched with T-shirts that are available on her website. Ariyan continues to be sought after from art organizations to schools ranging from elementary to universities for artist in residence, guest lecturer, choreography, special appearances, and seminars across the country. As an artist she has taken up residence as the first hip-hop instructor for New Jersey Performing Arts Center’s (NJPAC) Young Artist Institute, has spoken at Arts High School in Newark, New Jersey and Kansas University in Lawrence, Kansas, to name a few. Her love of the arts keeps her busy whether writing, directing, choreographing, acting, teaching, and developing artistic projects of excellence or simply being available to be an advocate for the youth and education. As a further extension of her love of art, learning, and excellence, Ariyan is pursuing a Master’s Degree in the relatively new field of Applied Theatre at a program that is currently the only one of its kind in the country. Throughout Ariyan’s journey of artistic excellence, she is grateful that God has blessed her so richly. Ms. Johnson strives toward breaking new ground with interesting and unexpected turns as God continues to lead her.